Soulden Lawrence first started working in Law in 1774. He was well known by 1794 he had become a judge and a Knight. He transferred to the Kings Bench where he served for fourteen years before returning to the Common Pleas. Soulden Lawrence had a reputation as judge of great ability and independence of mind. Judge Lawrence was considered to be extremely scrupulous in his dealings with all. This is typified by the fact that his will contained a direction for the indemnification, out of his estate, of the losing party in a suit in which he considered that he had misdirected the jury.[1] 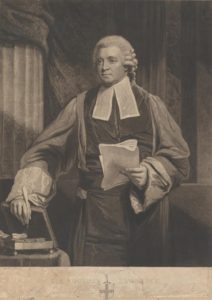