I started doing week three of the FutureLearn Genealogy: Researching your Family Tree course today. https://www.futurelearn.com/courses We are learning all about different repositories for genealogical information. As a result people were putting up different links to sites that they had found were particularly useful. Someone put up a link to http://www.digitalnz.org/records. This repository does all sorts of Newspapers and photos and a whole different bunch of useful records.

I have very few ancestors who lived in New Zealand but I do have three, Robert Lucas, his wife Jane Lucas nee Greathead and their daughter Ella Dorothea Kate Bryant nee Lucas. So, just to have a bit of a play I started playing around with the search functions to see what I could find. I didn’t find Ella Lucas or Jane Lucas nee Greathead but I did come up with a photo for an Elizabeth Lucas nee Voller. 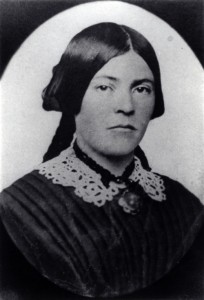 Along with the photo was a tantalising piece of information- Photograph of Elizabeth Lucas dressed in a white lace collar.; Biography / History: Elizabeth Lucas was the daughter of Elizabeth and Abraham Voller. She arrived in Nelson in 1843 and married Robert Lucas in 1850. She died in 1861 at the age of 33 and was buried in the area of the Tauherenikau Race Course. Her body was exhumed in 1862 and re-buried at the Featherston Cemetery. Robert Lucas died in 1877 following head injuries after he fell from a horse.

Clearly this family has an interesting family history that I have to follow up. I knew of the Elizabeth Voller marriage. I also had some idea of an accident being the cause of death of Robert Lucas but I did not have much in the way of detail.

Along with the photograph of Elizabeth Lucas was this photo of a Robert Lucas. 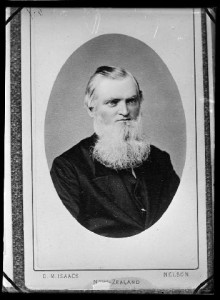 So this is most certainly a site that I need to explore more. I hardly did any searches and came way with one correct Lucas, one possible Lucas and so far no Greatheads. But very much a starting point to look into more carefully for information on this family. Plus there was an obvious fall from a horse resulting in head injuries that will have to be further explored.