Ray Bean’s 1948 Trip with Arthur Upfield, John K. Ewers, Michael Sharland, H. Tate and George Keen took him to the very top of Western Australia including to the Argyle and Ivanhoe Stations.

Patrick and Michael Durack, of Kings in Grass Castles fame, written by Mary Durack,  settled both Argyle and Ivanhoe Stations in 1882. They did this by trekking across the north of the continent from Thylungra Station, their property on Coopers Creek in Queensland, where they left from in 1879 along with 7250 breeding cattle and 200 horses. 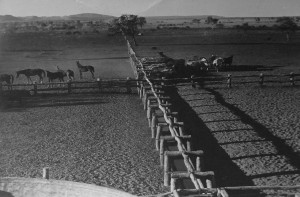 The Argyle homestead was constructed in 1879, with the Ivanhoe Homestead build at a later date. The Argyle Homestead was dismantled in 1970 to make way for the Argyle Dam. It was later rebuilt and is now a museum to the Durack family.

Both Argyle Station and Ivanhoe Station are now part of The Consolidated Pastoral Company which was founded in 1983. 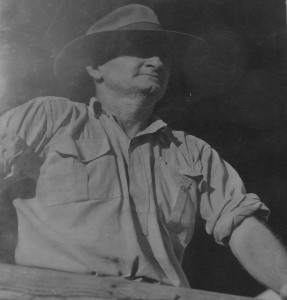 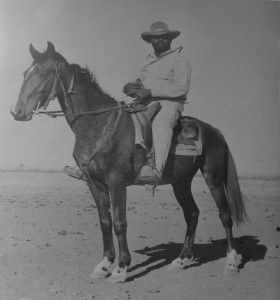 Ivanhoe Station 1948 Stockman Photo by Ray Bean
No longer in Copyright, original from the State Library of NSW