Over the last few days my focus has shifted, for a while, from Edwin Gransden, or the Gransdens in general to my Grandfather, Ray Bean. Ray was a photographer and painter and I used to love staying with him and his wife Helen nee Park or Parkes when I was a young child. Raymond and Helen married some time between 1966 and 1972.

When I would go to their house the first thing I would notice was the sound of the clocks. As soon as I walked through the door there were clocks ticking in the background. Grandpa and Helen had clocks in most rooms, carriage clocks in the study and larger wound pendulum clocks in the other rooms. Those clocks always conveyed to me a sense of peace. I now have clocks in my house, I keep them wound and send my family mad because none of them keep time, but they all help me to relax and just enjoy the world. There is nothing better than the sound of a clock chiming the hour, even if it is the wrong hour. Of course one day it may be the right hour and that will probably be pretty exciting.

Grandpa also had an hour glass. It lasted half an hour and was a thing of beauty, all shining brass and smooth sand that just slipped through the centre constriction, at first causing a slight dip in the sand and then building up until the sides were too high to stand by themselves, then they would all pile in and the sand would speed through at the last moment just seeming to hurry to its final destination. All waiting to be turned over and start all over again.

The other thing at my grandfathers place were the paintings. He used to paint the most beautiful paintings. He worked in acrylic and I have one of my favourites of his paintings sitting over my desk as I write this blog post. He used stunning and original colours and seemed to imbue the landscapes that he saw with a sense of romance while at the same time leaving them quintessentially Australian. Grandpa was a photographer by profession and he used the eye that he had developed, he had only developed one because the other was glass, over many years, to create a scene that took the many elements and managed to find a focal point that made it peculiarly Australian and relieved the tedium that some Australian landscape can portray while at the same time enhancing the beauty of other landscapes. One particular painting that I always loved looking at was a desert scene in Central Australia. There wasn’t much there, Grandpa didn’t paint things he didn’t see and there was no Uluru to paint in a corner or in the background, he was in an area with nothing as far as the eye could see, except, that he saw a dog, pissing on the remains of a dead tree, so that is what he painted.

All of the paintings were in my grandfathers study. A room tinted in deep read and as you walked through the door there was a painting on the far side of the room. It was a self portrait and instead of eyes Grandpa had used the lenses from some of his older cameras. At first glance the painting seemed a bit odd but then you realised how apt it was. After all this is the man who only saw out of one eye for the vast majority of his life and often that eye was behind the lens of a camera.

On the other wall there was shelf after shelf of cameras and each had their own story. There were Double Lens Reflex Cameras and Single Lens Reflex cameras, there were tiny cameras in a day well and truly before tiny cameras were readily available. There were large old cameras standing on tripods that would take a plate and needed a black cloth cover to be put over the head of the camera man. Each camera had a story, many of which I wish I remembered now.

After going into the study us kids would be directed into the lounge room. We would sit down in front of the gas fire place, usually not on, this was after all Sydney, and our favourite part of the day would occur. We would be given cake, often coconut macaroons, that Helen would make, and tea- black with slices of lemon in it. Then a small and very heavy chest would be bought out and placed between us. This chest when opened would hold untold delights. Inside would be masses and masses of small highly polished stones. Helen used to collect and polish them. There were beautiful quartzes and agate, adventurine, tiger eye and carnelian, malachite, jasper and amethysts. The list would go on. We would lift them up, turn them over and grade them according to colour, to size, to shape, to whatever would appeal to us at the time. They were an unending source of delight as we compared each one and turned them over to see which one we liked best. We would then set them up and play with them, they would suddenly become cars, or horses, or jewellery or dolls, they could be anything. If we were really lucky, once in a blue moon, we would be allowed to choose our favourite and it would go home with us. There were always so many that it was extremely hard to choose just one but we were never allowed to take more than one. It didn’t matter anyway because if we couldn’t choose we knew that next time we were there, it was always possible that we would get another chance to take another one home.

As I remember my head is just crowded with so many more memories of my grandfather. I can’t put them all down in this one post tonight. So more of them will remain for another time. The axiom is, when researching your family tree, start with what you know. So with my grandfather I am starting with what I know and those are the memories I have of him, towards the end of his life and how he and his partner and house impacted on his grandchildren on the rare occasions that they were in the same city and able to visit him. 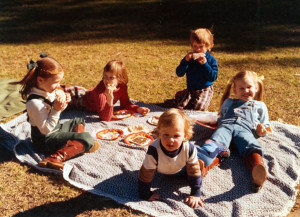 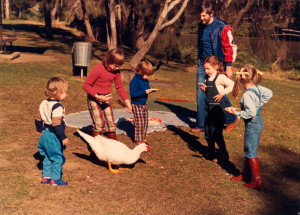