↓
Home Menu ↓
Skip to primary content
Skip to secondary content
Home→Blog→Genealogy→Who used to own my block of land? 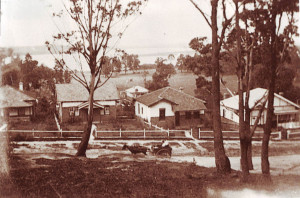 Meadowbank, Bean Private Collection. The view from Fernleigh down to Parramatta River.

Years ago I went to Land Titles to find out about our house and who had been living in it prior to when we moved in. It was not a success. We had some details but when we put in our request for the next lot of documents we received in the mail the wrong set of documents. Someone had miss-read our request and we had therefore paid for the wrong documents. The process was slow and painful and expensive and then to have ended up with the wrong documents was extremely frustrating. But these school holidays I thought it may be nice to try again.

It turns out that Land Titles now have an on-line shop so that documents can be ordered on-line instead of going into the premises to do searches and purchase title documents. That makes things a lot easier. It took me a while to figure out what I needed to do particularly as our address is a bit odd. On the original property subdivisions our Lot faced a different street instead of the one it currently faces. So we have numbers from both streets which means that in official databases it can often be difficult to figure out exactly what address the database thinks we live at. In the end I was able to use the Title Number to do a search. This can be found on a rates notice on the top left under the address.

Using the Title Number you can do a search at the Land Titles on-line shop It actually isn’t that easy to find the on-line shop as it isn’t in any of the menu’s at the top of the screen and it isn’t in any of the menu’s down the left of the screen. Instead you need to read through the whole page of information on ‘Historical Research’ to find the shop. Once at the shop you can use the Torrens Title Search or a number of other relevant searches to get the current documents and then to keep on going back through owners as far as the documents will take you. You do this by using the Vol. and Folio. Number in the top left hand of the Torrens Title documents. The top right hand has the current title numbers and the top left hand of the document has the previous title details. Prior to the 1860’s researching becomes a lot more difficult and the records are a lot less clear and easy to find. They are in a series of index books and I have yet to get my head around exactly how to do the remaining searches that I need to do to get a full set of details for our property back to the first person to own the land- William Balmain.

What I have so far is;

Along with the last title to the land, Susan Bennett came a lot of other information. This included the name John Bennett which is probably that of Susan Bennetts husband, and a number of transfers that were later cancelled. These transfers seem to be for portions of the land. The names include;

These transfers all took place between February 1882 and March 1885.

In addition to these specific transfers a number of pages were attached that included details of further transfers. These transfers took place between 1881 and 1904. They included over 20 names. One of them, included twice for two separate parcels of land is Edward Atkins Jnr, my three times Great Grand Uncle. Edward has two lots of land both cancelled in August of 1891.

I have yet to discover what this means. I have some photos of a lovely house, Fernleigh, part of which still remains as the Opal Fernleigh Nursing home. I also have a bunch of names. At this stage family stories suggest that Fernleigh was originally built by the Atkins family. The details in the Land Titles I have so far been able to find suggest that this is not the case. 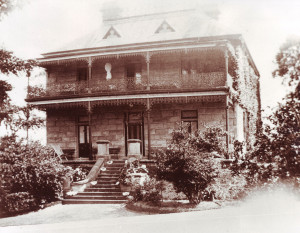 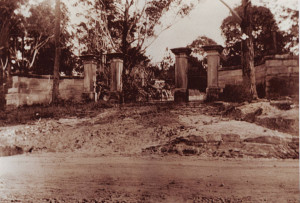 Our house, and the land it stands on, still have some stories to unlock but it is a beginning. So who did build Fernleigh? What more do I need to find out about how to search Land Titles so that I can follow the history of the block of land that our house is on back to the original Ships Surgeon, William Balmain, from the First Fleet, who was the first white person to own our block of land? I would also like to know more about the people who have owned our block of land. A name and a profession is not enough to really understand who these people were.

There are still more stories to search about our block of land.

These links no longer work. To do similar searches the current link is http://hlrv.nswlrs.com.au/pixel.htm