Nash Grose was a Justice of the Kings Bench. In 1766 he joined the bar and was considered a Barrister of note. Justice Grose became a Judge in 1780 and was considered to be a Sound Judge with very little bias. Judge Grose was made a Knight, shortly after he became a judge. He retired in 1813 and died just a year afterwards. [1]

Like with Justice Buller, Judge Grose would have had little understanding of the difficulties that a girl of Mary’s upbringing would have encountered. Judge Grose did not have the same reputation for bias that Justice Buller had, but how much he actually understood the lives of those whose trials he presided over is open to debate. 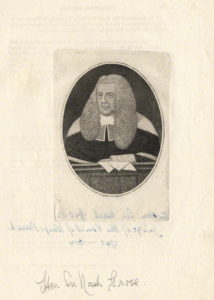