Having learned that the Gransdens lived for a while in Longbottom Concord, NSW last weekend I thought this weekend that I would go and see what Longbottom was like. There is, of course, not much left on the original stockade or any real indication of what Longbottom would have looked like at the time but it was still lovely to visit.

When researching Longbottom last week I came across mention of a memorial plaque that had been set up to commemorate the French Canadian convicts that had been quartered at Longbottom in the 1840’s. I decided to search out the memorial to see if it was still there. 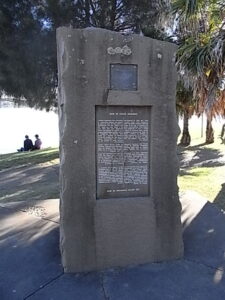 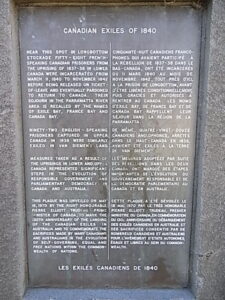 Near this spot in Longbottom Stockade fifty-eight French speaking Canadian prisoners from the uprising of 1837-38 in Lower Canada were incarcerated from March 11, 1840 to November 1842 before being released on ticket-of-leave and eventually pardoned to return to Canada. Their sojourn in the Parramatta River area is recalled by the names of Exile Bay, France Bay and Canada Bay.

Measures taken as a result of the uprisings in Lower and Upper Canada represented significant steps in the evolution of Responsible Government and Parliamentary democracy in Canada and Australia.

This plaque was unveiled on May 16, 1970 by the Right Honourable Pierre Elliott Tredeau- Prime Minister of Canada, to mark the 130th anniversary of the Landing of the Canadian Exiles in Australia and to commemorate the sacrifices made by many Canadians and Australians in the evolution of self-Governing, equal and free nations within the Commonwealth of Nations.

Sitting just above the plaque there is another much smaller plaque. 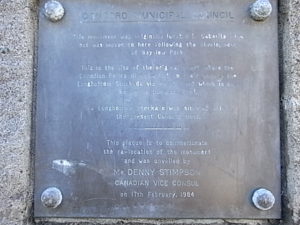 Movement of the Canadian Exiles Memorial Plaque to Bayview Park.

This plaque tells the story of the Canadian Exiles Plaque and its movement from its original site at the location of the Longbottom Stockade.

This monument was originally located at Cabarita Park but was moved to here following the development of Bayview Park.

This is the site of the original wharf where the Canadian Exiles disembarked on their way to the Longbottom Stockade down Whaft Road which is now known as Burwood Road.

The Longbottom Stockade was situated on the present Concord Oval.

This plaque is to commemorate the relocation of the monument and was unveiled by Mr. Denny Stimpson, Canadian Vice Consul on 17th of February, 1984. 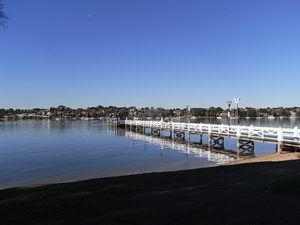 Now I had an exact location for the Longbottom Stockade. It happened to be at the end of Burton Street, the street on which Robert Gransden had owned a block of land in Concord that had probably housed him, Edwin and his first wife, Maria, at some stage and quite probably Mary Ann Russell nee Gransden.

So I decided it was time to go to Burton Street and have a look at Concord oval and the street that the Gransdens had lived on.

Concord Oval is now a sporting ground. There is no indication of its original use that I was able to see as they had a game on this weekend. Maybe another time I will get to wander around the oval and the much larger park area on the other side of the road that was also part of the Stockade. 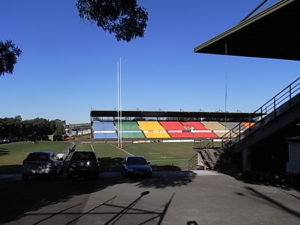 However, on Burton Street was a lovely old Church. St Lukes Church is the oldest Church known in the Concord area and once again there was a plaque to commemorate the church. 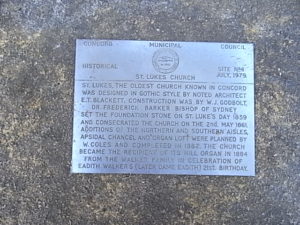 St Lukes, the oldest Church known in Concord was designed in the Gothic style by noted architect E. T. Blackett. Construction was by W. J. Godbolt, Dr. Frederick Barker Bishop of Sydney set the Foundation Stone on St. Lukes Day 1859 and consecrated the Church on the 2nd of May 1861. Additions of the Northern and Southern Aisles, Apsidal Chancel and Organ Loft were planned by W. Coles and completed in 1882. The Church became the recipient of its Hill Organ in 1884 from the Walker Family in Celebration of Eadith Walker’s (later Dame Eadith) 21st Birthday. 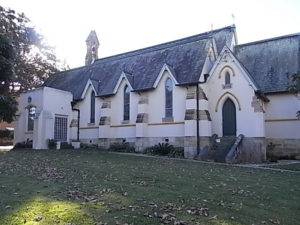 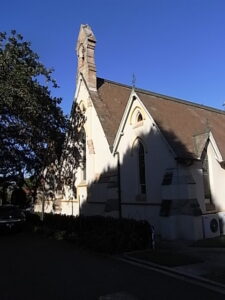 Thus while the Gransdens were living on Burton Street this part of the Street would have been a building site for the entire time that they lived in the area. Sometime between 1857 and 1864 the house or land on Burton Street was sold. By this time Robert had lived in Bathurst for many years and Edwin was living first in Melbourne with the wife he had bought back to the Longbottom House and later at Mount Franklin, in an area of the Victorian Gold Rushes. Mary Ann had by this stage disappeared from the records. It is possible that she made use of the Longbottom House when she left her husband in 1852 but she seems to be back with her husband again by the time she gave birth to their last child in 1854.

Robert Gransden kept the Longbottom house for a considerable time after he and his brother no longer needed it. Did Mary Ann move here after she had her last child and is this where she died? If so the disposal of the house over this seven-year period may give an indication of when and where Mary Ann died. So there is still a lot to explore about this area.

The houses on Burton Street all look to be from around the 1920s-1930s. Without more details as to the exact location of the Gransden property and more information about any potential house, it was impossible to tell if the Gransdens had lived on this block of land and which part of the Burton Street they may have been located on. There is still much to find out. Explorations have started.

The earlier part of this story Longbottom- Gransdens in the Concord area can be found here.